I’ve done a fair bit of eating and drinking over the past few months but frankly, haven’t been bothered to blog about it – I can only apologise. Please, for the love of Christ, forgive me.

It’s not really fair to compare the four places I’m about to write about, but then when did I ever say this blog was going to be fair?

Let’s start with the bad, that’s what you’re here for.

I went here after work as I wanted a beer, after the beer I realised it was fast approaching the hours of dinner (that’s the evening meal to any Northern simpletons reading), I looked at the menu and thought, “do you know what? Despite this being a chain, I’ll go against my better judgement and stop being such a snob,” good move dickhead.

I opted for one of their ‘Famous Hanging Kebabs™’ that’s right, they’ve trademarked hanging kebab – must be pretty special!

Well, blow me down! Look at it!

For just £13 I enjoyed a Lamb Kofta Hanging Kebab™. It was basically some of those lamb kofta things you buy to eat on train journeys from M&S, on a stick, with a handful of chips. Rubbish.

This was one of those new independents that pop-up in Birmingham, and then all the curated ‘you must go here’ channels start telling you how you must go there.

It was my birthday and I’d taken the day off work so headed to Scott’s for breakfast.

My flat white was a ghastly affair, but there’s no time to go into that.

Avocado, salmon and scrambled egg on toast, think it was in the region of £8.

For £8 I’d hope the smoked salmon wouldn’t have been a bit rescued from the back of the fridge, where it’s sat since Christmas day three weeks previous.

Supposedly, the tapas in the evenings is good, but frankly, I won’t be taking the risk.

Anyway, bored of that.

We took on the tasting menu like the absolute bloody troopers we are.

Veal sweetbread with mushroom ketchup and shiitake tea – one of those courses that before you’ve had your last bite you’re already thinking about how you want it again. 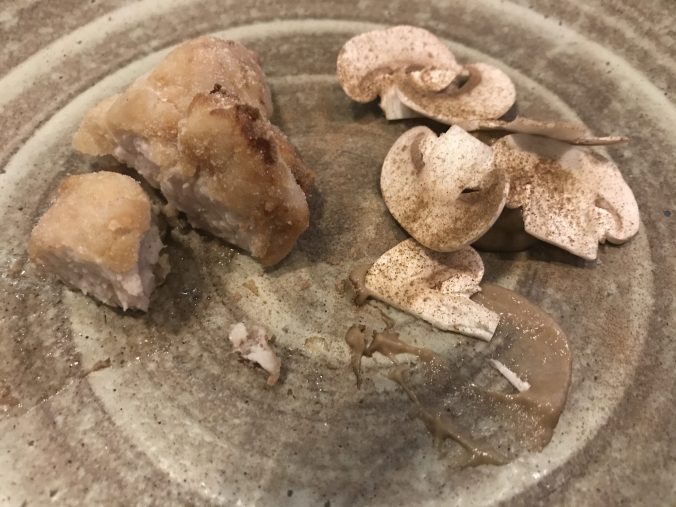 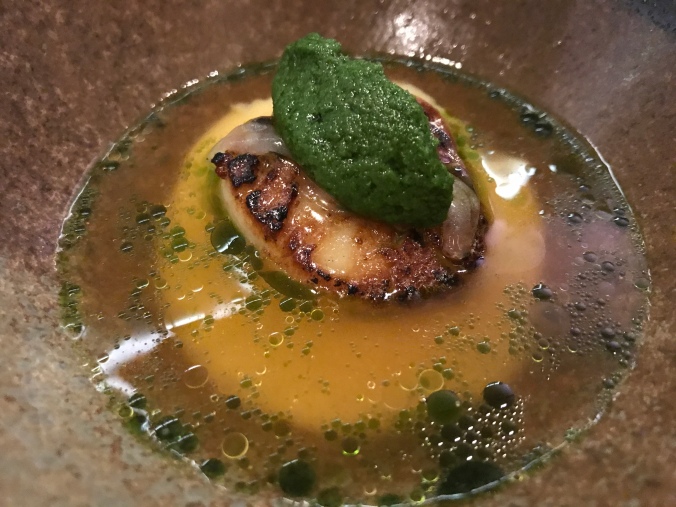 I’d been waiting to go to Adam’s for a very long time and the food certainly didn’t disappoint.

“Ere yet the salt of most unrighteous tears
Had left the flushing of her gallèd eyes,
She married. O, most wicked speed, to post
With such dexterity to incestuous sheets!”

Not my words, the words of William Shakespeare. I think what he’s getting at is: on Sunday it’s nice to go to Stratford for a bit of a walk and some food, and do you know what? The old fucker is absolutely spot on.

Roasts were on the menu at Salt, but I’m so often left underwhelmed by roasts that I opted for cod, lentil dhal and spiced butternut squash puree, and it was a very good decision. It was a cracking plate of food. Luck would have it that two of the people I went with eat so little that I got to try some roast beef anyway – and it was also excellent.

The dessert of chocolate, spiced orange cake and barley crisp went down a treat too.

Why do I take photos of food so close up? What is wrong with me? Will I learn?

Join me next time and find out.

There was an error retrieving images from Instagram. An attempt will be remade in a few minutes.