Some of you may be surprised by the number of pizza restaurants rising up in Birmingham recently – research suggests we can expect no fewer than four dough flinging outlets per person in the city centre by 2020, quite the prospect.

Of course, anyone with an even reasonable grasp of history won’t be surprised by this, as Birmingham’s obsession with pizza goes much further back than just the last few weeks.

Pizza Hut, where pizza was invented back in 1980, used to own the Rotunda and plied the good people of Birmingham with the stuff. 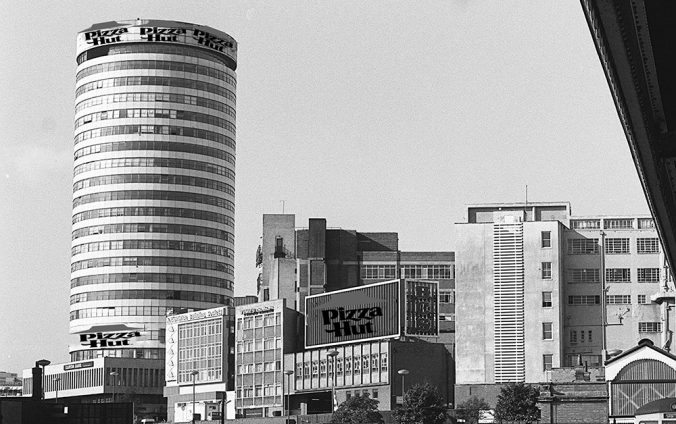 “I’ll never forget my first stuffed crust pizza. I was in the Bullring market minding my own business when pizza started flying down from the sky. It was a PR stunt by Pizza Hut, they were lobbing meat feasts from the top of the Rotunda. 11 people had pepperoni based burns.”

The other important occurrence of the 80s was the birth of Father John in Sparkbrook. At the age of 15 he had his first pizza in the Rotunda. “This is shit,” he said, “I could make better fucking pizza than this.” And so he did, Father John’s Pizza was born. With sales not matching his expectations, he decided to take drastic action and Papa John was born.

What other bullshit can I come up with about Pizza and Birmingham.

Pizza Express was invented on the Aston Expressway.

Where to eat pizza in Birmingham

I’m not going to bother explaining what pizza tastes like because, come on. Oooh the tomatoes were tomatoey! The anchovies were particularly anchovyey. 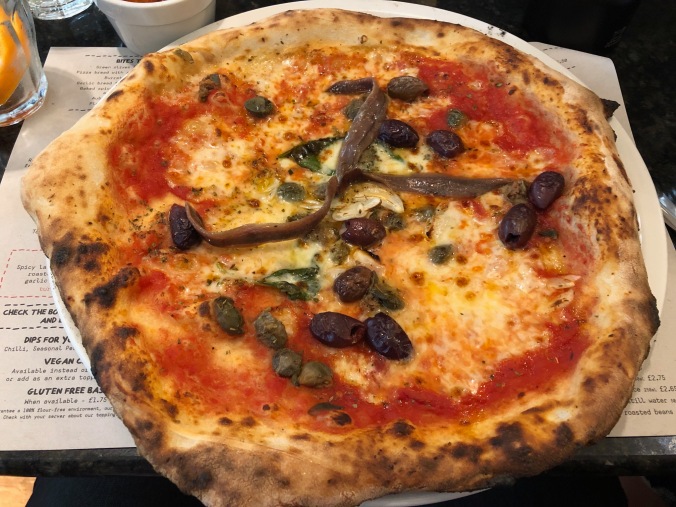 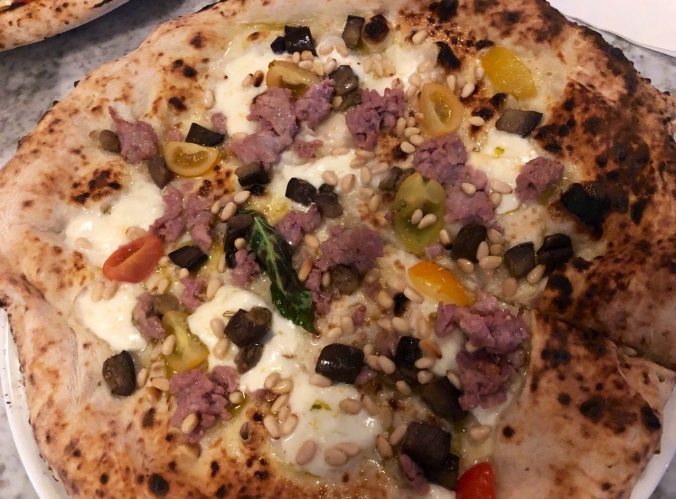 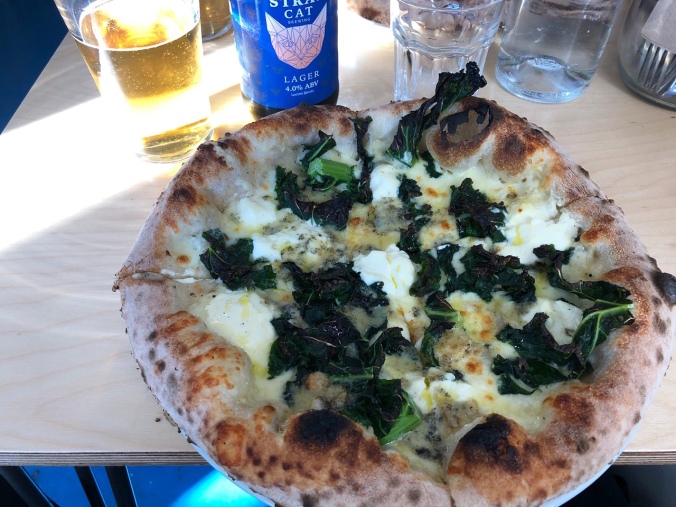 Which was my favourite? Thanks for asking. I thought it was Rudy’s because they’re cheaper but I was wrong – Otto is the best by a country mile. I could write, ‘and the rest is history’ here as a nice little out. I’m not going to though.