1) Harborne Kitchen, I’ve got one one of those. It’s a kitchen in a house in Harborne that I borrow from a man I pay loads of money to every month.

2) Weather! Remember the ‘Beast from the East’ a couple of weeks ago? Well, I do.

In the house mentioned in 1. there is a boiler and a central heating system. The beastly snow resulted in the boiler packing in for a few days. (Yes, I poured warm water on the fucking condensate pipe.)

The delightful man I generously donate cash to refused to send anyone to look at his broken boiler, or to give us any money for a heater, so with the house utterly pissing freezing we decided staying in on the Friday night and cooking in our Harborne Kitchen was totally untenable, so instead we booked a table at Harborne Kitchen.

3) This was my fourth visit to Harborne Kitchen and it was also the best. “Why was it the best?” Thanks for the question. It was the best because it had heating, booze and fantastic food.

Now, if you want to read someone talk about the food properly read this – as he had the same menu I enjoyed. 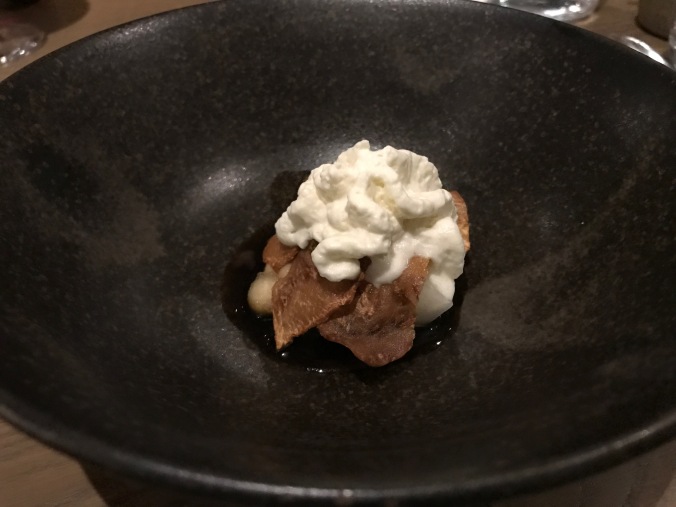 We had intended to do the three course menu for £30, but then I looked at the six course tasting menu and the chicken liver parfait, cod curry and wagyu brisket dishes sounded too good to miss out on.

“Why have you posted a photo of celeriac above then?” Again, thanks for the question, it’s nice to see you’re engaged. The reason I posted that was because frankly it was the one course I wasn’t that bothered about, but it was delicious and the celeriac broth aroused me so much that my penis peaked out from within myself where it’d been hiding for warmth for the past two days.

“Can you please tell us a little more about your penis, please?” Not right now, I’m going to post a couple of pictures of my other two favourite courses then sign-off . 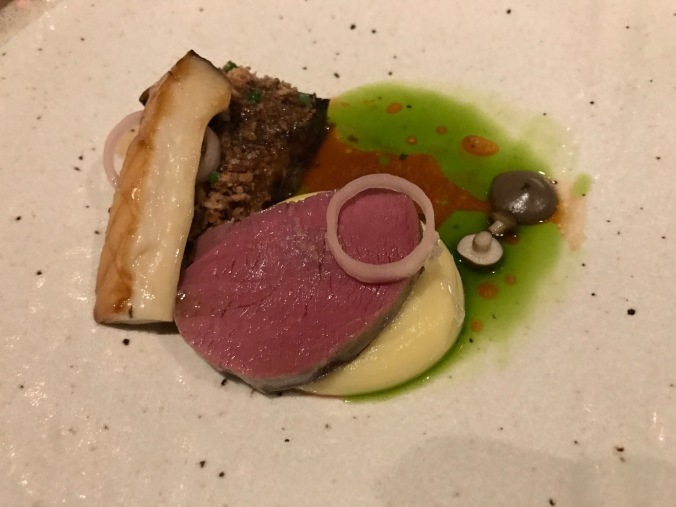 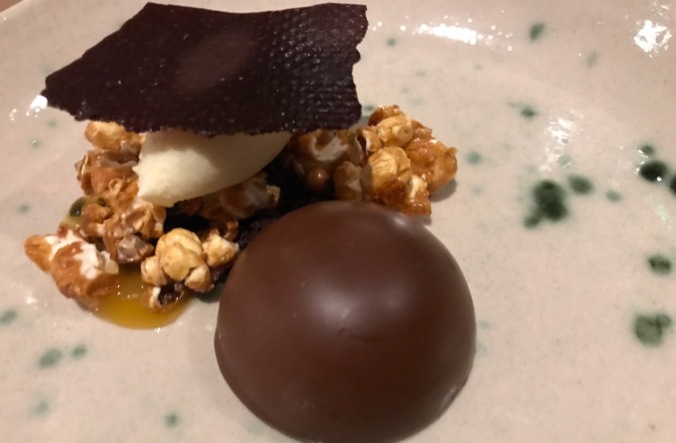 I may have ordered that dessert above twice, because I am a fat shit and it was tremendeux – that’s probably French for tremendous and is also a play on words with cremeux!!

“Haha! That’s amazing, there really is no doubt that you’re a massively welcome addition to the Birmingham food blogging scene. London’s loss is certainly Birmingham’s gain!” Thank you.

The food at Harborne Kitchen really is exceptional and what makes it an even better experience is the atmosphere and service. The service here was easily better than two of my Michelin experiences in Birmingham, it’s not pretentious, but it’s thoughtful, attentive and the staff seem to like working there – and it shows.

I did have a chat with Head Chef Jamie Desogus but frankly don’t remember what I was banging on about, probably because I was drunk on warmth, great food and three pints, two bottles of wine and two espresso martinis.